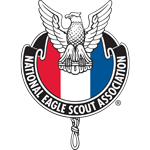 The National Eagle Scout Association established the Outstanding Eagle Scout Award during the 100th Anniversary of the Boy Scouts of America in 2010.

Popularly known by its acronym, “NOESA,” the award recognizes Eagle Scouts notable for their local, state, regional or national distinguished service who do not yet meet more stringent nomination requirements for the Distinguished Eagle Scout Award (DESA).

Each recipient’s record of service and accomplishments should elevate the public stature and reputation of Eagle Scouts. 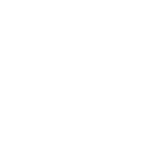 Recognition as a NESA Outstanding Eagle Scout encouraged me to further give my time, talents, and treasures to support the program I love and have influenced families and youth to be a part of.

Certificates will be mailed out from NESA after nomination is approved.

Presentation of the NESA Outstanding Eagle Scout Award to a prominent citizen in your community provides an excellent opportunity to focus attention on Scouting and the recipient.  The presentation should thus including planning to gain maximum publicity and visibility for both the local Scout council, and the person honored.

Since the NESA Outstanding Eagle Scout Award is not intended for presentation during  a Scouting function, it is important that the council fully cooperate with the local community or business associations to which the recipient belongs and through which the presentation will be made.

The NOESA is a national award presented by a local council. Presentation should be made at a meeting or dinner with the recipient’s peers. The presentation should be dignified and should also be the focus of the event. To maintain the award’s prestige, care should be taken to avoid overshadowing another recognition program such as a Silver Beaver dinner.

Plans should be made well in advance for media coverage including trade or professional print media, radio, television, podcasts/social media.

Following are elements the ceremony should include:

(CITY/TOWN, DATE)—(NAME) has been awarded the Outstanding Eagle Scout Award upon nomination by the (COUNCIL NAME) Council and the Boy Scouts of America. This award is granted to Eagle Scouts who distinguish themselves in their life work and who share their talents with their communities on a voluntary basis.

(NAME) has distinguished himself through (his/her) career as a (CAREER NAME/FIELD) and through continued service to God, country, and other people by following the principles of the Scout Oath and Scout Law. (Name) has met community service needs through voluntary actions.

(PROVIDE SPECIFIC DETAILS OF ACCOMPLISHMENT) The National Eagle Scout Association Committee, as part of Alumni Relations at the Boy Scouts of America’s national office, selects recipients of this award.

The Outstanding Eagle Scout Award was implemented in 2010 in conjunction with the Boy Scout of America’s 100th anniversary. The local council in the territory of the Eagle Scout’s primary residence has responsibility for nominations.