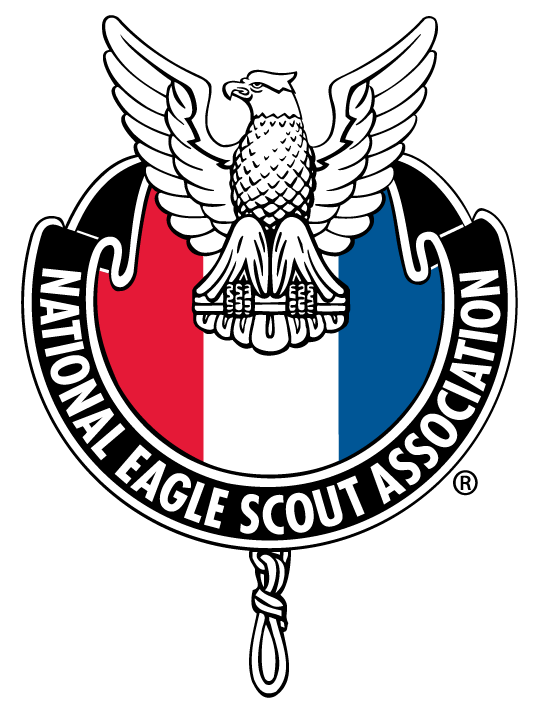 For two generations of one Scouting family, achieving the rank of Eagle Scout has been a family affair.

Gary Stedman of Olympia, Washington, better known as “Dad Stedman,” became an Eagle Scout in 1961 in Eugene, Oregon—the same year his two brothers, Jim and Steve, achieved their Eagles. (Brother Brian earned his Eagle in 1973.) Their father was an Assistant Scoutmaster for Gary and Jim’s troop.

“We were told that it was the only time that many brothers got their Eagle at the same time,” Gary said. “Although it has happened since then, we were considered the first.”

Gary began participating in Scouting in 1951 in Eugene, Oregon, tagging along with his older brother. Decades later, Gary is still active in Scouting. In addition to being an adult leader, he is a lifelong member of the National Eagle Scout Association (NESA) and served on the staff of the 2017 National Jamboree at the Summit Bechtel Reserve in Glen Jean, West Virginia. Throughout his life, Scouting has held a place of utmost importance.

“I grew up in the 1950s. Being in Boy Scouts was an opportunity to get out, do things, and see places. Scouting was something we could do at a lower cost.” He explained that he went to the Army Surplus store in Eugene to buy his camping gear. “Earning merit badges and earning rank was an accomplishment that was available to us.”

Gary insists, however, that his greatest Boy Scout accomplishment is that his three sons became Eagle Scouts. Oldest sons Casey and Andy received their Eagles in a 1999 ceremony as members of Troop 2 in Olympia. Younger brother David received his Eagle in 2003. David had an additional challenge in earning his Eagle rank. He began his Eagle Scout project in 2001 at Fort Lewis, Washington, which was shut down to civilians after September 11th of that year. It was two years before he could complete his project. But perseverance is what Scouting is all about.

It isn’t only in Scouting that Casey, Andy, and David are high achievers. As adults, they have continued to strive for service above self. Each has chosen a career focused on protecting and preserving the lives of others.

Casey Stedman holds the rank of Major in the U.S. Air Force Reserves. A navigator for C-130 aircraft, Casey was deployed to Djibouti in the Horn of Africa, flying to Kenya and Uganda for U.S. Army missions as well as for U.S. Air Force and Army Special Operations missions for the 75th Expeditionary Airlift Squadron. His active-duty deployment ended in June 2022. When not deployed, Casey flies with the Air Force 910th Airlift Wing, based in Youngstown, Ohio.

Casey, who resides in Madison, Alabama, is employed by RGNext, a NASA contractor, monitoring satellite activity and movements between Kwajalein Atoll in the Pacific and Huntsville, Alabama for U.S. Army Space and Missile Command in California. His work in recent weeks has involved redirecting the Space Station for NASA to avoid “space junk.”

In fact, Casey and Andy were deployed at the same time for five months, Casey in Africa and Andy in Iraq.

Andy and his wife, Jesse Purcell, a Gold Award recipient in Girl Scouts, live in Upland, California. When not deployed with the Army, Andy is a Critical Care Helicopter Paramedic for CALSTAR, an air ambulance service in California.

“I started early with Scouting and one of the first merit badges I earned was my First Aid Badge,” Andy explained. “The passion for medicine grew and here I am today, a Critical Care Flight Paramedic in the U.S. Army Reserves.”

Youngest brother David worked for an auto maintenance shop before deciding to change careers and become a firefighter. He is a Certified Master Mechanic responsible for maintaining vehicles for Olympia, Washington’s Fire Department.

The Stedmans agree that their enjoyment of Scouting came from experiences in the outdoors, camping and hiking. Scouting provided them with confidence and leadership skills that molded them into leaders.

Casey says, “I certainly look back on the outdoors and camping as the highlight of my time in Scouts. I appreciate the sense of accomplishment and the community it provided.” He explained that his most challenging part of Scouting was overcoming his lack of confidence and shyness as a child. “It may sound cliché, but Scouts pushed me to be more assertive and forthcoming. The opportunity to lead something really made it possible to find that initiative.”

Andy went on to say, “Teamwork is the foundation of Scouting, and definitely important in the military. The interpersonal skills and self-reliance to complete tasks are important in daily life, as well.”

“The ‘Be prepared’ motto is an understated lifetime philosophy. Nothing is achieved without preparing for it, and developing a mindset to plan ahead is essential,” Casey added.

David says one of his primary challenges in Scouting was having four such accomplished older siblings. In addition to his older brothers’ Scouting and military accomplishments, both of his sisters are Silver award (Beth) and Gold award (Jill) recipients in Girl Scouts. “To their credit and to the credit of my parents, I never felt that pressure from them, just myself and a few outside sources,” he said.

This was echoed by Andy and Casey who praised their parents for encouraging their progress in Scouting, allowing them to discover the activities they liked best and complete projects they started.

Gary and his wife, Cherie DeJoie Jorgensen Stedman, have been adult volunteers together in Boy Scouts and Girl Scouts for over 30 years. They have endeavored to foster a supportive environment where boys and girls can grow and shine as individuals. Cherie Stedman is a Life-Time Member of Girl Scouts and a member of the Juliette Gordon Low Society of the Girl Scouts.

Now, Gary and Cherie have two grandsons. Could it be the Stedman family is going for a third generation of Eagle Scouts?