Scouting Sense is a column of guest essays. The opinions expressed are exclusively those of the author and do not necessarily represent those of the National Eagle Scout Association or the Boy Scouts of America.

Every good Scout and Scouter is an idealist.

We don’t just mindlessly repeat those venerated words. We reflect on what they mean and we do our best to live by them.

While other people are concerned about being right, we are concerned with doing right. And that’s not easy. We strive to “help other people at all times.” We seek to be “unselfish in our devotion to the welfare of others.” And we do those things not just when we are wearing a uniform, but all the time, every time.

I’ve been fortunate to work with many thousands of fine Scouts and Scouters throughout the world during my nearly 50 years as a Scout leader in more than 10 councils and Order of the Arrow Lodges. I’m proud to say most people I’ve met are very worthy role models, willing to pull others up rather than to push them down.

It’s just that some see liabilities when others see possibilities.

When Tenderfoot Todd or Tessa aspires to become an Eagle Scout, we encourage that possibility—because we know earning that award is largely up to them. Our job is simply to help them. Our role also then, when it’s time, is to help them navigate the responsibility of bestowing honors. This is a difficult job to do fairly, even for adults.

The Challenge of Upholding Scouting Ideals When Bestowing Awards

First, let’s remember that no one is entitled to an award—any award. Rather, awards are bestowed based on merit. Yet, if you’ve ever chaired or served on a nominating committee, you know people often feel entitled—which can make it challenging to maintain impartiality.

Bias is also a challenge. We need to understand what our own biases are. When faced with a nomination that doesn’t conform to our deep-rooted expectations, we need to stop and ask ourselves “what is the right thing to do, for the person, and for the program?” We need to be less conscious of titles, gender, and popularity and focus on historical, current, and long-term contributions to the program.

Using one’s discretion when bestowing awards or honors is when trouble can arise because the politics of our own biases naturally influence our ideals and beliefs. When working with youth-led selection committees, our role as adult advisors is to counsel committee members to be aware and conscious of their biases.

Take, for example, the conundrum of “out of sight, out of mind.”

Until the advent of the internet, it was not at all unusual for a Scout or Scouter connected with the U.S. Government or military service to move from one council to another as they served our country.

It was also not unusual for such a person to be an outstanding Scouter in several councils because of the transient nature of a military/government assignments. Just when the person gets into the swing of things, they move. Many members of the military would be nominated—even selected—for an award or honor only to move out of the area prior to receiving it. As a result, many did not receive the recognition bestowed to them.

That’s why, whenever I sit or chair an awards committee, I ask members to consider the totality of a nominee’s service record, not just the visible service to our council; because therein rests the tendency to favor what one has personally experienced. “If I didn’t experience it, it holds less value for me.”

Another prominent bias is the “popularity contest.”

Sometimes, we are far better at overlooking a physical or mental limitation than we are at overlooking the most visible or popular person. Many Scouters complain that popularity and familiarity seem to rule the day. Some of that is a fact of life; some of it is the result of poorly written nominations that don’t effectively articulate the qualifications of the nominee. Consider the true story of a Vigil Honor committee debate held in a large lodge regarding the definition of “service.”

I was the Vigil advisor, leading a group of Eagle-Vigil Honor Scouts. The committee began selections with little or no understanding of the nominee’s service to Scout Camp, the Lodge, and the Order as a whole. Discussion centered only on service to the lodge. What was meant by “service” was never clearly defined. No one opened the OA Handbook.

The sole measure for selection seemed to be activity and visibility at Lodge events. The debate centered on a general belief that most Scoutmasters were not “active” in the Lodge. “The boys didn’t know him,” everyone said. “He wasn’t at the Conclave!”

To guide the discussion a pivotal question was asked, “What would the OA be without Scoutmasters?”

There was a hush.

Then the realization that without Scoutmasters, there would be no Lodge, for we’d have no Scouts.

Recognizing their bias, the committee began debating relevant questions like, “Isn’t an Arrowman’s first duty to his troop?” They noted the nomination showed that for nearly 30 years under his leadership, the Scoutmaster’s unit met camping goals and attended summer camp. In fact, he avidly promoted camping and summer camp and recruited first-time campers who would go on to return year after year. And by golly, someone remembered that the old Scoutmaster had been a lodge member for more than 25 years, and had attended a ceremony and fellowship or two, quietly working in the background as a cook. They learned long ago, before becoming a Scoutmaster, he’d been a Chapter Advisor, and provided significant noteworthy service over time. He was performing unselfish service before many of the present-day Lodge members were old enough to become Scouts. In addition:

• His unit always held OA elections.
• His unit always had Arrowmen active in the Lodge (often driven to and from events by the Scoutmaster or his assistants).
• Several of the Eagle Scouts under his tenure were even Lodge Chiefs.

Suddenly there was also empathy and respect for Scoutmaster’s role. It was now understood that the unit leader’s duties were more consequential than some previous Vigil Honor recipients. Ultimately the committee determined the Scoutmaster had indeed supported the Lodge, the Camp, the Order, and the Council in many historical and current ways and had taken actions that would benefit the lodge long into the future.

The nominated Scoutmaster was ultimately selected for the Vigil Honor, sending him into shock and shockwaves through the Lodge. It also started conversations about how setting aside bias can inspire new ways of thinking and that motivates us all.

We also reflected on previous Vigil Honoree firsts and how there had been shockwaves then, too, and we know there will continue to be shockwaves – because change can be hard, but it is inevitable.

I submit to you that our job as Scouting leaders is to build character and good citizens using the aims and methods of Scouting.

Is it not then, a healthy leadership experience for a Vigil Committee (and some of our adults) to see possibilities instead of liabilities? Should we not seek to learn more about that fuzzy fellow in the background? Should we not err toward the totality of service beyond that of the more visible, familiar hero? Should we not consider the uniqueness of the Scoutmaster, or the military Arrowman, both of whom serve the greater good?

Historically, some Vigil Honor committees made their nominations based on the list of eligible members (rather than rely on nominations alone). Because they knew the people being honored would personify how future selection committees would define unselfish service—for years to come. Maybe it’s time to return to that way of thinking.

A PREVIOUS VERSION OF THIS SCOUTING SENSE ARTICLE APPEARED IN AMERICAN SCOUTING DIGEST. 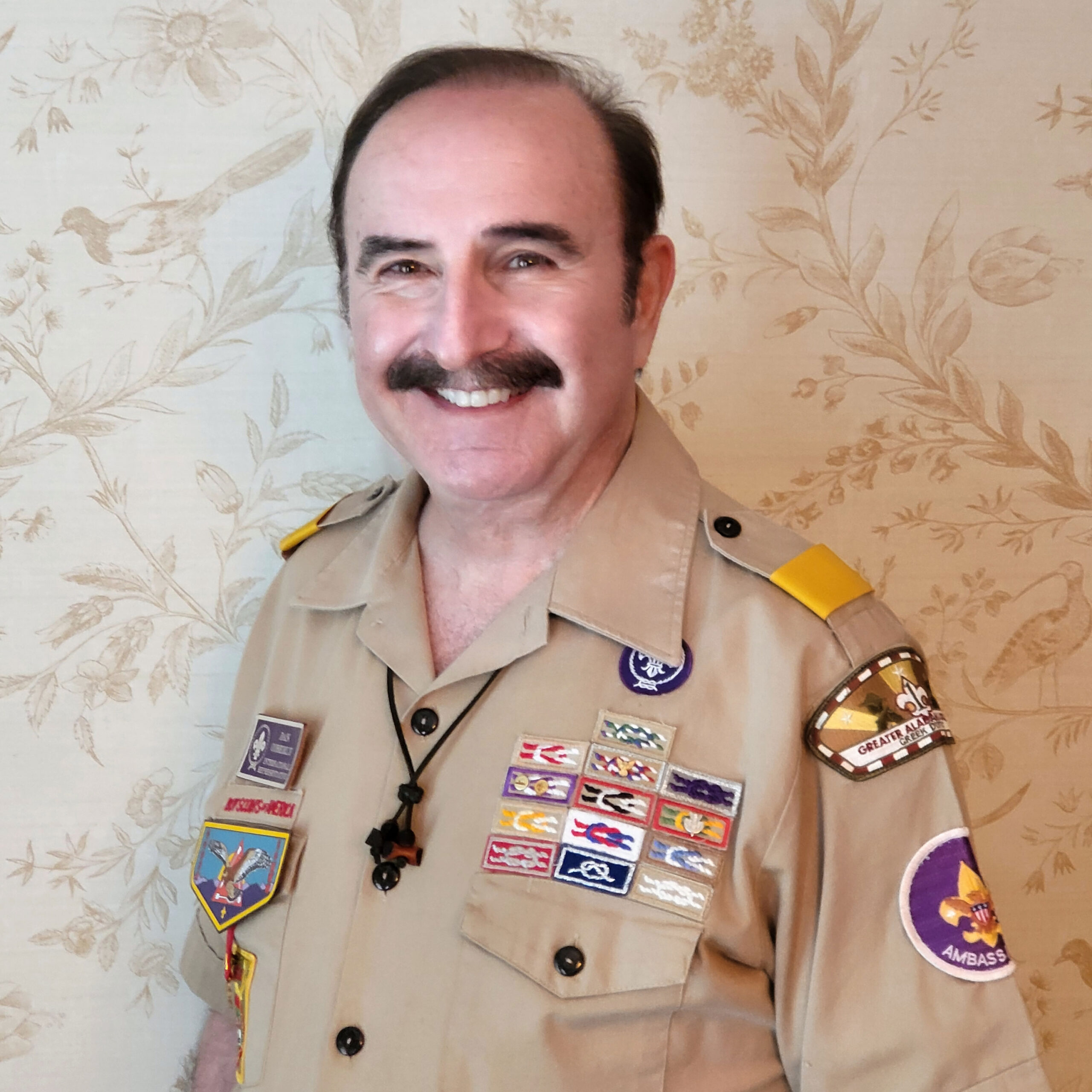 Dan Coberly is a Vice President of the National Eagle Scout Association, a former Lodge Chief, Lodge Advisor, and council NESA Chairman who has served on multiple National BSA Committees and edited various BSA national publications for more than 40 years.